Natural Chemistry Research Group spent a really nice and eventful evening by shooting each other as accurately and as painfully as possible for two hours. Fourteen group members were divided between two teams: the blues and the reds. With these color codes it was obvious at least for the group leader that the reds will be the winners in the end.

The blues started efficiently and took an early 0-1 lead, but the reds equalized immediately. The game was even until the fifth period started at 2-2. Then the reds decided to stop playing and start kicking some butt instead. Soon the numbers stood at 6-2 and it was game over for the blues. Sorry! Both teams scored still once and collected a fair share of bruises.

The evening was wrapped up by late dinner over which it was possible to argue whether the other team had any strategy or if some team members actually shot some of their own or if it was really necessary to shoot those members that were shot and thus dead already 🙂 Thanks all for taking part and next time we try to find something as fun to do, maybe outdoors. 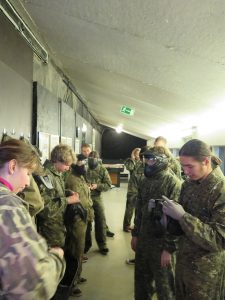 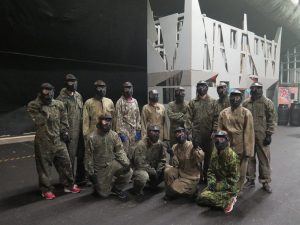 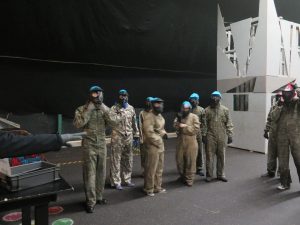 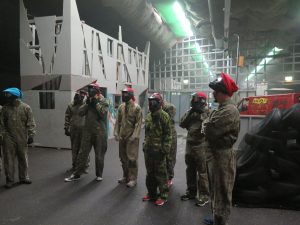 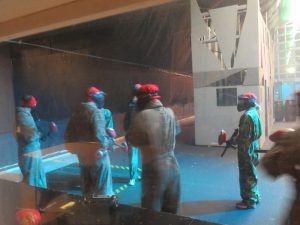 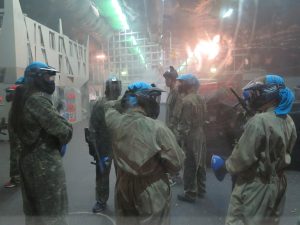 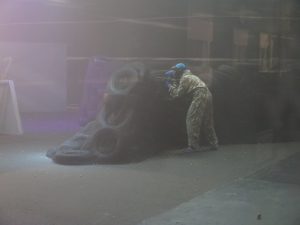 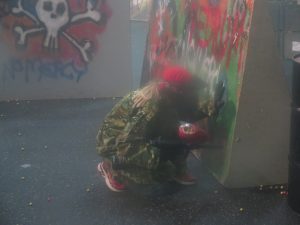 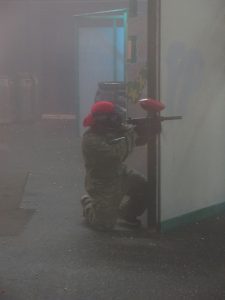 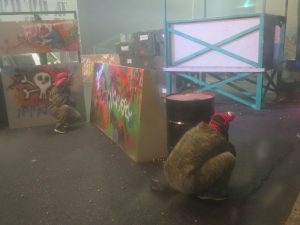 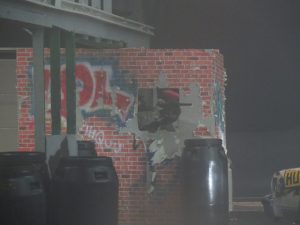 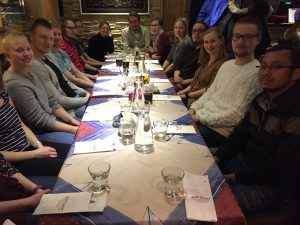