Who would have believed that it is possible to find in the Onagraceae more than 100% larger ellagitannins than found by others in the plant kingdom?

Onagraceae, the king of all plant families 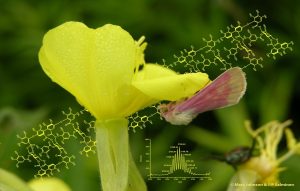 Figure 1. Oenothera biennis and Epilobium angustifolium are able to produce the largest ellagitannins found in the plant kingdom, i.e. the tellimagrandin I –based undecamer. Both of these species can synthesize the whole range of these oligomers from dimers all the way to undecamers. Other species are known to produce pentamers at the maximum. For more details, see both Karonen et al. (2010) and Salminen et al. (2011).

Phytochemists see nature differently than other people. When we walk in the wild, we see plants and at the same time we tend to see the chromatograms and the structures of the main compounds in the front of our eyes. For that reason it is a shame that we do not have in Finland more naturally occurring species in the family Onagraceae. This family simply is the king of plant families since it is able to produce the largest ever found ellagitannins, found by us first in 2010 and more in 2011 (Fig. 1).

Figure 2. Oenothera biennis and Epilobium angustifolium have very similar ellagitannin chemistry and many of their plant extracts show very similar chromatograms, such as the dimer-specific genotype of O. biennis on the top. However, O. biennis is also able to produce genotypes where trimers and larger ellagitannins are in higher concentration than the dimer (bottom), while these types of plant samples cannot be found with the E. angustifolium. For more details, see e.g. Johnson et al. 2009, Agrawal et al. 2012 and Baert et al. 2017.

We have done both species-specific and genus-specific experiments with the species belonging to the Onagraceae family. The species-specific ones relate to Oenothera biennis and Epilobium angustifolium. Both of them are able to produce the largest ellagitannins in the world, but only O. biennis is able to produce genotypes that overexpress the production of ET trimers and even larger ones over the dimeric oenothein B that is the main ellagitannin all the time in tissues of E. angustifolium.

If the ideas of plant and insect co-evolution and its effects on plant chemistry are correct, then we should be able to reveal differences in the chemistry of plant generations. In the 5-year experiment with several chemically different genotypes of O. biennis, Agrawal et al. (2012) showed that the presence of insect herbivores forced rapid change in the genotype composition of O. biennis populations. Some of the genotypes got extinct, while others got more dominant. The dominant genotypes were the trimer-specific ones (Fig. 2) and they produced larger concentrations of ETs from trimers to heptamers. These compounds were found to serve as antiherbivore agents against seed predators. This was the first evidence how insect herbivores may drive plant evolution in real time to favor the production of larger ETs and that it has true implications for the plant productive fitness. Interestingly, in the absence of herbivores, O. biennis defenses were relaxed and the dimer-specific genotypes got more common. They showed an interesting ability to be better than the trimer-specific genotypes in their competition againts weeds. Thus the direction of microevolution of O. biennis populations in real time will be controlles by both the presence and numbers of herbivores and weeds. Herbivores drive genotypes towards larger ET oligomer production and weeds towards smaller ones. The presence of both factors at the same time may hinder the rapid evolution to take place in one direction only.

Figure 3. McArt et al. (2013) showed that foliar herbivory on Oenothera biennis induces rapid ellagitannin defenses in flower buds and fruits produced. All these had direct implications on the egg oviposition behaviour of female insects, and buds and fruits consumed by the bud and fruit herbivores.

Rapid herbivore-induced resistance (RIR) of plants is known to happen, but it is most often linked to volatile mono-, sesqui- and diterpenes, that are relatively rapidly and with low cost synthesized by the plant cell. However, McArt et al. (2013) showed that RIR takes place even with the large-sized oligomeric ellagitannins (Fig. 3). They found out that leaf-herbivory induced the production of ellagitannins such as dimeric oneothein B and even the larger trimer that was characterized as the oxidized version of oenothein A.

The above findings together with the evidence of microevolution found to take place in O. biennis, pointed out to the direction that if herbivores are or have been responsible for the speciation within the Oenothera, then this must have some links towards the production of larger ellagitannin oligomers from the dimeric oenothein B. If this holds true, then the proportions of smaller ET oligomers to the larger ones should co-occur with the patterns found in their phylogeny. See evidence below that further suggest this to be the case.

Figure 4. Johnson et al. (2014) studied the phylogeny of 26 Oenothera species and determined how plant chemistry agrees with the phylogeny.

From the phylogenetic point of view, we have looked at the polyphenol composition of more than 100 species of Oenothera. The first results were published in Johnson et al. (2014) that looked at the individual ellagitannins, flavonoids and caffeic acid derivatives together with physical defenses. Figure 4 below shows how the polyphenol chemistry was able to cluster the studied 26 Oenothera species into three clusters. These were relatively well separated in the plant phylogeny as well.

“Wow, those tannins are huge – there must be some mistake here.”