What drives your interest towards plant defense compounds?

People tend to be more interested in utilizing plant defensive compounds as medicines rather than knowing why these compounds are produced in plants in the first place. This is fully understandable, since more than half of the active ingredients of drugs that are available to us from pharmacy come originally from plants. In fact, many drugs are still made by the plant-human collaboration, since semi-synthesis of complex drug structures from plant-derived compounds is often the most cost-effective way to produce many of the drugs needed today.

Plants are superior chemists – no matter what you say

Figure 1. Paclitaxel is one of the most used chemotherapy agents originally isolated from the bark of Taxus brevifolia. It is currently obtained in a more environmental friendly manner via semisynthesis that starts from its biosynthetic intermediate obtained from needles of Taxus baccata. (Picture Aljos Farjon)

Paclitaxel (Fig. 1) is one of the good examples of modern drugs that is done via semi-synthesis. It could be fully obtained from the needles of Taxus baccata, but it makes more sense to isolate large quantities of its biosynthetic predecessor that can be easily modified by chemists to achieve the active ingredient. In this case chemists would be able to synthesize the compound as a whole as well via total synthesis, but it would simply become too expensive to be widely used in chemotherapy, which is the main use for the compound.

Similar examples of plants being better chemists are many, one of the most brutal ones being morphine, since it is still easier to isolate from the seed pots of poppies than to produce via total synthesis. Unfortunately this is not the end of the story as the compound can be further modified to yield heroin and this compound of course is an important source of funding for such people who could be better off without any funding sources. But what do we know of the reasons for plants to produce these drugs in the first place? Well, not too much, since for most chemists it is more fun to find and make drugs than to understand the Mother Nature.

What do you benefit of knowing the anti-herbivore activities of plants? 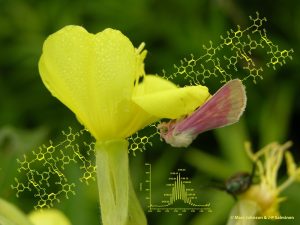 Figure 3. Salminen et al. (2011) revealed the largest ever found ellagitannins in the plant kingdom. The undecameric tellimagrandin I –based polymer was more than 100% larger than the pentameric ellagitannins found by other groups, and 57% larger than the heptamer found by us in 2010. This is certainly not the limit for plants, it is only the limit for humans at the moment. Further progress in analytical tools and tannin chemistry expertise will later reveal even larger structures.

Figure 2. Moilanen & Salminen (2008) revealed the structure-activity patterns between 27 plant ellagitannins and their maximum rate of oxidation at high pH relevant to the herbivores, especially the midgut of lepidopteran larvae. Now the activity can be directly seen from the chemical structure of the ellagitannin.

Often the most toxic plant metabolites are the most potent human medicines. There is thus at least a semi-direct linkage between finding out which plant metabolites are harmful for herbivores and which could be potentially screened by drug candidate platforms. For this reason it is surprising how little we still know of the details of defensive chemistry in the hundreds of thousands of plant species found in the plant kingdom.

In the above respect it is also a bit of a mystery why chemists are not more interested of plant-herbivore interactions. Even if you would have zero interest towards the biological phenomena that take place in the nature, you should see that to understand these phenomena could at the same time offer exciting opportunities for chemists. These could include finding fully new natural compounds, the need to develop fully new tools for analyzing the compound structures and concentrations, or for instance to think of new ways of unraveling the linkage between these structures and their most relevant bioactivities. If all this is not fun for the chemist, then it is not science that drives his/her ambitions.

Figure 5. Karonen et al. (2015) revealed how the whole series of ellagitannins from monomers to oligomers showed clear structure-activity patterns for the affinity towards bovine serum albumin protein. The loss of flexibility in the process of monomer dimerization into the macrocyclic dimer resulted in the loss of affinity, while further additions of the monomer units by more flexible bonding type increased the affinity until the surface of the protein was covered by the oligomer chain.

We at the Natural Chemistry Research Group have always been motivated by the green stuff, not the ones printed by Uncle Sam, but the ones produced by the plant cell. From day one it has been the major interest for us to try to explain the biological meaning for a plant species or specific plant organ to produce certain types of complex natural compounds. This is never very straightforward, since the interactions in nature are complex and one cannot naively expect to find a single reason for the production of defensive compounds. The most often used reasons or explanations are actions against pathogens, herbivores and excess UV radiation. We have tackled all these, but the main emphasis has been on plant-herbivore interactions.

While we have tackled these questions, we have been able to develop new chemical tools that benefit researchers at multiple fronts of plant scientists. We have helped biologists to find new types of – hopefully relevant – bioactivity options for compounds that biologists were not originally even interested in (Fig. 2). We have found the most complex ellagitannins ever produced by plants (Fig. 3), developed new tools for their specific quantitation (Fig. 4), purified them to reveal their protein affinities (Fig. 5), shown that they can be used to decrease methane emissions from ruminants while both increasing the available propionate for the ruminant and protecting proteins against ruminal degradation (Fig. 6). In addition, we have produced the best current tools for rapid fingerprinting of plant tissue for its polyphenol / tannin composition (Fig. 7). These are just a few examples of what could have never been achieved by us being motivated by the wrong type of green stuff.

Our views of chemical ecology – hopefully some is useful for you

Figure 7. The rapid UPLC-MS/MS fingerprinting tools developed by Engström et al. (2014) and Engström et al. (2015) enable the detection and quantification of four main groups of plant tannins together with four other main groups of polyphenols in any plant extract within a 10 min analysis. The figure shows six different polyphenol fingerprints as examples; these can be simultaneously detected with just one 5 µl injection into the UPLC-MS/MS instrument.

Figure 6. Oligomeric tellimagrandin I –based macrocyclic ellagitannins are able to inhibit methane production by the methanogenic bacteria (left), increase the production of energy for the ruminant in the form of propionate (middle) and decrease the degradation of dietary proteins (right) during rumen fermentation in vitro. The whole study can be found at http://doi.org/10.3168/jds.2016-11069.

In the following sections we want to give away some of the knowledge we have gained once digging deep in the chemical ecology of plant-herbivore interactions. Hopefully you will find something useful. If not, or if you have questions or see that some crucial issues are missing or even wrong in your opinion, do not hesitate to contact us via e-mail: j-p.salminen(at)utu.fi.

“Without true chemistry, there is no such thing as Chemical Ecology”